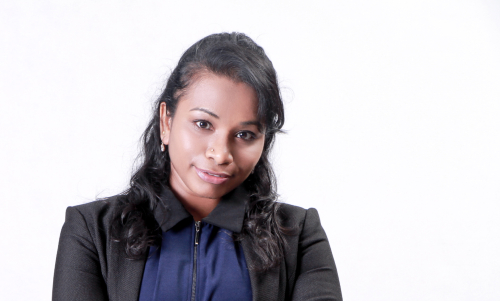 Sharing similar life experiences with another person can be a unifying factor, and the same can be said for individuals with chronic diseases or health conditions.

While access to healthcare professionals is crucial for such individuals to continue maintaining their quality health, having a peer who shares the same or similar condition could serve as a great source of support in their voyage towards becoming the healthier versions of themselves.

Last year, the Department of Statistics Malaysia said heart attacks remain the leading cause of death in Malaysia. Diabetes is also a major concern in the country, with seven million Malaysians projected to have the disease by 2025.

An unhealthy society is a significant burden on the country's healthcare system, in addition to negatively affecting a nations' productivity. Unsurprisingly, a high prevalence of metabolic syndrome among Malaysians will send alarm bells ringing.

Metabolic syndrome affects up to 43.4% of the population. This is in stark contrast to Malaysia's neighbour, Singapore, which stands around 26%. Despite that, data on metabolic syndrome within the Malaysian context is still scarce.

Studies have shown that lifestyle modifications can be a better option than medications for long-term prevention of metabolic disorders such as diabetes. However, integrating a peer support framework in lifestyle interventions is showing growing evidence in improving individuals with chronic diseases outcome.

Researchers at Monash University Malaysia are trying to understand this further.

Dietary habits such as the speed of eating, how often one eats out, skipping breakfast and late dinners are also associated with an increased incidence of metabolic syndrome.

Despite the availability of such data, there is still a limited understanding of the condition within the Malaysian context. A previous study describing the association between physical activity and metabolic syndrome was conducted 13 years ago, with over 8,000 participants.

But Dr Amutha, along with five other researchers from the university, is hoping to shed more light on this situation. Last year, the team investigated the association of various sociodemographic characteristics, lifestyle factors and diet habits with metabolic syndrome among Malaysia's three major ethnic communities.

Their cross-sectional study - which was done in two phases - took place in the country's southernmost state - Johor. Based on their sample of 481 Malaysians aged 18 and above, metabolic syndrome was found in 32% of the group. A sub-analysis revealed a glaring difference between the three major ethnicities. Indians recorded the highest rate of metabolic syndrome at 51.9%, followed by the Malays at 36.7%, and the Chinese at 20.2%.

"Despite this, sadly, we are certainly lacking in making effective lifestyle changes to prevent metabolic syndrome or to improve the condition. By the time we seek help, it's often too late for lifestyle changes alone to make a difference, and we have to resort to drug therapy," she explained.

Tapping into the power of peer support

As metabolic syndrome is a lifestyle-associated condition, lifestyle behaviours have to be the first line of approach towards the prevention and management of the disease, explained Dr Amutha.

However, the number of such interventions in Malaysia is limited. Past studies have shown that peer support interventions can benefit adults with certain chronic conditions, but there is limited evidence on its feasibility and effectiveness among people with metabolic syndrome.

Peer support is a non-hierarchical and mutually beneficial relationship with others who face the same health problem and has been used in group-based lifestyle interventions evaluated in the general population.

As such, the Monash University team created "PERSUADE" (PEeR SUpport program for ADults with mEtabolic syndrome), an evidence-based and community-specific nutrition and lifestyle behaviour peer support program for individuals with metabolic syndrome. Participants were divided into four groups according to their location, while one peer leader was appointed for each group and trained to deliver the PERSUADE peer module.

A total of 48 community members with a median age of 46 were involved in the peer program, held over a 12-week trial period last year. The team specifically developed a peer module that peer leaders could easily understand and impart to others.

Participants were assessed both before and after the trial, while weekly measuring sessions that tracked figures such as participants’ weight and body fat were held to monitor their progress and foster compliance.

Promising results were recorded following the 12-week intervention. Researchers saw significant reductions in energy and fat intakes, while intakes of protein and fibre increased. Participants were also eating slower (i.e. taking longer than 20 minutes for their meals), while the proportion of late-night eaters and those of skipped breakfast have also decreased.

PERSUADE also encouraged participants to obtain their nutrients from real foods as opposed to supplements, and the data showed supplement consumption dropping from 29.2% to 4.2% at post-intervention.

Researchers also reported a significant increase in the number of physically active peers after three months of intervention, while the proportion of smokers declined from 16.7% to 4.2% at post-intervention. It remained low at post-follow-up. In addition to this, all participants reportedly had at least six hours of sleep per day at post-intervention and over the follow-up period.

A blueprint for reversing metabolic syndrome?

Researchers note that the success of peer support appears to be due in part to the non-hierarchical, reciprocal relationship that is created through the sharing of similar life experiences.

But Dr Amutha notes that peer support is not novel in healthcare - its effectiveness has been used in obesity, diabetes, hypertension and cancer. The current study adds to the growing body of evidence supporting group-based peer support lifestyle interventions to improve metabolic syndrome-related risk factors in adults.

She added that consistent and continuous support of peers is essential to ensure significant changes in lifestyle behaviours within a shorter period of intervention (less than 12 weeks).

"PERSUADE encouraged the peers to share experiences and learn more about the barriers faced by peers to practice healthy eating and regular physical activity during the 12-weeks intervention period.

"As a result, the peers learned food portioning and the exact duration of time that can be allocated for their meal preparations according to their daily activities. Peers were also more engaged in weekly exercise sessions and became proactive enough to initiate group exercise sessions with their peer leaders," she said.

For their future study, researchers are looking to have a larger sample size which can be implemented in the real-world setting, incorporating different modes of behavioural change delivery and making a comprehensive integration on emotional and social aspects of program implementation. This is in addition to a comparison in terms of cost-effectiveness of various modes of interventions will be done.

Dr Amutha explained that some of the key aspects that they would be incorporating include increasing the study period from three months to a year to promote permanent lifestyle changes, incorporating technology in monitoring behavioural changes and ensuring that each peer group is made up with peers with similar socioeconomic background to ensure their timely and relevant discussion throughout the period.