The trailblazer of Malaysian PR 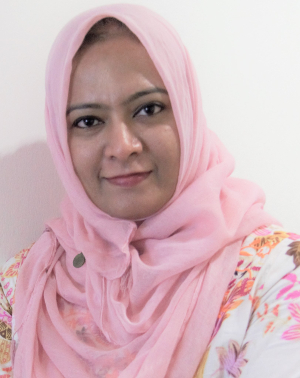 Public relations (PR) in Malaysia is an industry with a growing majority of female practitioners, educators and students. However, women's historical contribution in this field is often eclipsed by men. There is no record documenting a woman's contribution to the country's PR industry development within the Malaysian context.

Very little is mentioned of a small-town girl from the United Kingdom who blazed the trail in Malaysia's public relations industry, laying down the foundations for generations to come. But this is about to change.

Her research traces Paddy Bowie's contributions (previously known as Paddy Schubert) and her journey as a prolific writer, activist and counsel to the Malaysian PR industry. It is also the first scholarly attempt to document the successes and contributions of the Brit.

Documenting the story of a PR titan's contributions

Born in Padiham in Lancashire, England, Paddy had a thirst for adventure and became the first woman in the worldwide Shell Group to attain Board Member status less than two decades after moving to Southeast Asia.

Paddy applied for teaching positions abroad after completing her studies at the University of Manchester and Oxford University. This eventually led her thousands of miles away from her native UK to the sunny British colony of Singapore in 1955. She taught communication and advocacy skills at a law department for a local tertiary institution that later became known as the National University of Singapore (NUS).

In 1960, Paddy was recruited as a training officer to conduct English classes for executives and managers at Shell Singapore. Three years later, she moved to Kuala Lumpur and obtained Malaysian citizenship. After the separation of Singapore from the Federation in 1965, Paddy stayed in Malaysia, where she eventually found her niche in public relations. 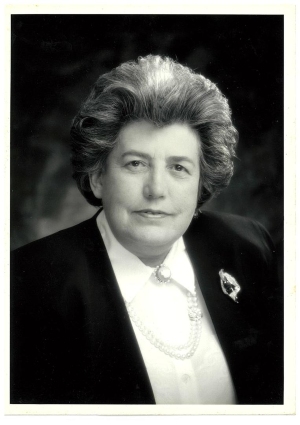 After leaving Singapore, she took up a teaching job at the MARA College in Malaysia before rejoining Shell Malaysia as a Shell Co. training officer. In 1969, after moving through various posts in personnel and public relations, Paddy was appointed as the Trade Relations Manager of the Shell companies in Malaysia and Singapore and was responsible for Shell's public relations.

Despite her small-town roots, Paddy gained social cachet as she climbed her way up the upper echelons of the male-dominated oil industry before becoming a pioneer public relations educationist in Malaysia.

During a period where women rarely held seats in powerful corporate positions, Paddy was appointed to the main board of the Shell Group of companies in Malaysia and Singapore, thus making her the first woman in the worldwide Shell Group to attain Board Member status.

She was later promoted as the Group Director of Shell companies in Malaysia and Singapore.

Finding her footing in PR

Dr Rizwanah notes that "the strength of public relations in a country depends on the quality of education and training provided". Paddy has fulfilled this need as a pioneer educationist and being the first Malaysian public relations director.

As a council member, Paddy was involved with conducting formal education and training programs to qualify the public relations practitioners' status and enhance the industry's reputation.

She was also appointed course director, making her the first Malaysian PR educator. She was involved in overseeing matters related to examinations for IPRM's courses. With Paddy at the helm, the courses attracted many participants from the private sector and government departments.

After the formation of her PR company, she ventured into a broad spectrum of businesses, including political analysis and consultancy services, contributed news articles to media outlets and wrote speeches for well-known cabinet ministers at that time, among others.

Relentless in the face of adversity

What makes Paddy's achievements all the more remarkable is that she was relentless in pursuit of her goals despite being stung by several personal tragedies over the course of her luminous career.

In 1975, her first husband, Carl Schubert, died of a stroke, leaving her to independently raise her three adopted children. Five years later, she married John Bowie, who died of liver complications in 1998.

She lost her son Peter in 2004 to a car accident, her second son, Richard, in 2006, to an illness, and her youngest child Samantha to pancreatic cancer in 2016.

Scholars have long bemoaned the fact that the contributions of female public relations practitioners are often lost in the background.

Dr Rizwanah echoes this view, adding that Malaysia is no different when it comes to neglecting women in the written histories of Malaysian public relations, accentuating the importance of documenting the herstory of Paddy.