There has been a massive push to improve health and increase learning through science in how we can make health populations better. In the past decade, research funders and policymakers have increasingly realised that population-based health intervention research can make valuable contributions to achieve population health improvements.

Interventional research is one of the most unmet needs in research funding. A lot of the investment is contributed to medical, laboratory and clinical research as well as to hospitals and new medications.

Most national funders are investing only small fractions of their total funding in public and population health. The move towards a more population-based health intervention research is a powerful attribute for funders to invest more money into health research that is in the population and system, and not in medical facilities.

Professor Bärnighausen is an Alexander von Humboldt University Professor and Director of the Institute of Public Health at the Faculty of Medicine, University of Heidelberg, Germany. He is also Adjunct Professor of Global Health at the Harvard T.H. Chan School of Public Health in the United States and Senior Faculty at the Wellcome Trust’s Africa Health Research Institute in South Africa. His research focuses on establishing the causal impacts of global health interventions on population health, social and economic outcomes.

One powerful motivation for his work was a study conducted on the public surveillance system working on an intervention to improve information on HIV treatment. Using data from a population cohort of over 101,000 individuals in South Africa, the study measured changes in adult life expectancy between 2000 and 2011. 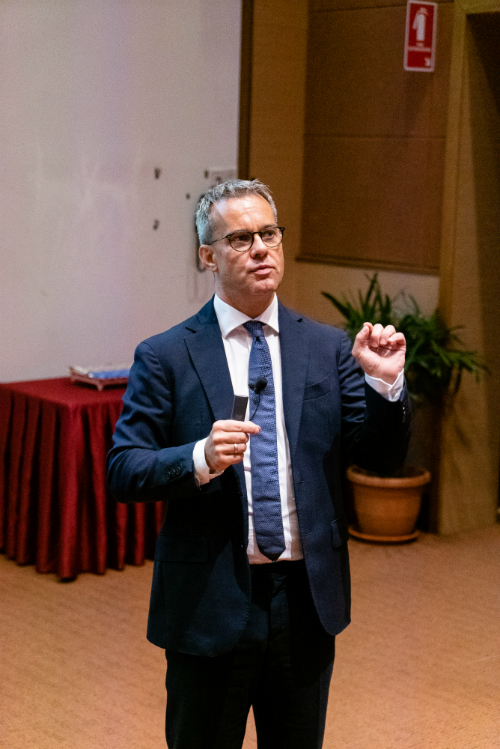 “To me, this study serves as a powerful motivator and example of what healthcare can achieve. It is trivial now to show this, but it was important at the time that by adding a doctor, nurse or midwife to a poor community can substantially decrease mortality. The World Health Report 2016 was based on these findings, and it was a commitment the world took to massively improve the composition of health worker teams in the delivery of healthcare,” said Professor Bärnighausen.

Prior research has identified several characteristics of effective health education interventions. These include the integration of pictures, narratives, and entertainment-education, in which the health messages that make up the educational content are embedded.

Professor Bärnighausen shared an example of designing novel interventions through a human-centred design for video-based health education. He explained that the video went through several revisions before arriving at the final product as the effectiveness and long-term impact of health messages ultimately depend on how well the end users can identify with the content that is presented.

This identification, in turn, is a function of how well the messages correspond to user needs and wants and how this correspondence is communicated through the design characteristics of the health education intervention.

The participation of target communities and local stakeholders in the content production and design process fosters ownership of the content and increases the likelihood that the resulting intervention will resonate within its intended primary audience and be disseminated broadly.

Professor Bärnighausen also focused on the contributions that the Health and Demographic Surveillance System can make to population-based health intervention research.

To ensure that research experts and policymakers are on the same page on health intervention research, the team of experts have learned how to better engage with policymakers. What they have discovered when they engage in policymakers is that sometimes they are lucky to be working with the Ministry of Health from the start and other times, with large non-government organisations (NGOs).

“But we are always facing a situation with policymakers in this particular area as we are the experts and they are not. Policymakers are very intelligent and highly trained, but in this particular field, they are not the experts, so the challenges communicated on both ends are not balanced. We are working to find a method to ensure experts and policymakers can get to eye level, where their ideation is meaningful to our intervention design,” said Professor Bärnighausen.