Part 2: Yellow is the new black 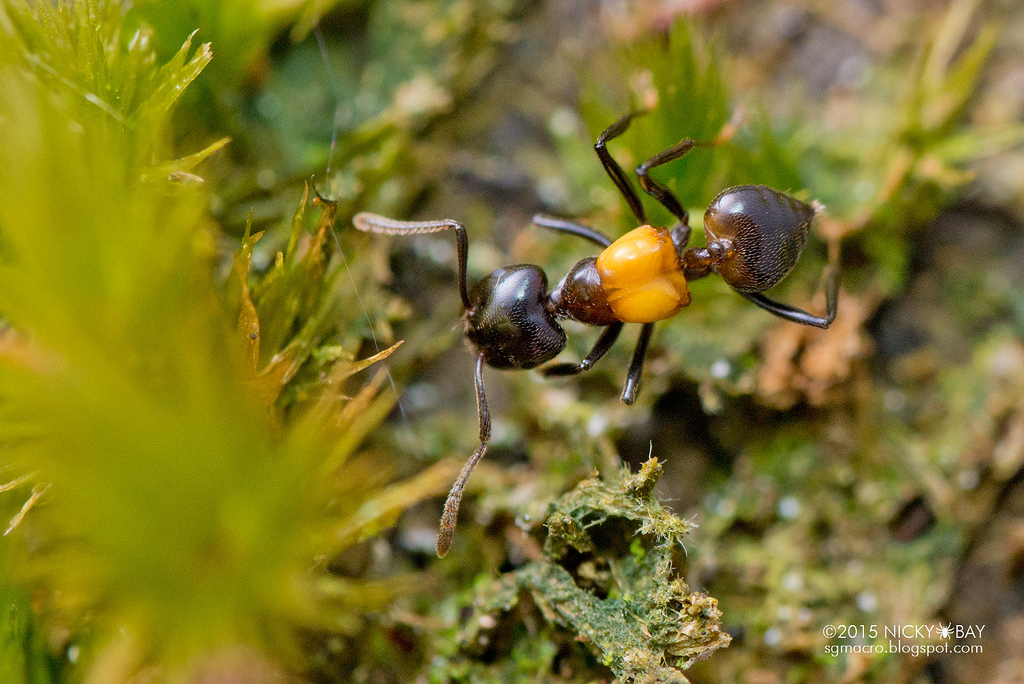 Mimicry (looking like something else) is a great form of protection. If you are very yummy, you want to look like something that is very distasteful in order to survive. Ants are well-known for their aggressive behaviour and all the nasty chemicals that they produce. So it’s not surprising that other invertebrates (spiders, beetles, caterpillars) mimic them, to gain protection from being eaten!

Ants mimicking another species of ants? It is not entirely unheard of but highly unusual. Every ant species has an effective anti-predator defence mechanism, either through chemical weaponry or sheer mass aggressiveness or painful stings or a combination of all three. They are more famous for being the model (that is other organisms mimic them) than being the mimic.

The Crematogaster inflata species has a prominent and bright yellow anti-predator gland, so effective that another ant species (Camponotus spp.) ‘decided’ to take advantage of the distastefulness of the chemical produced to look like them. This is indeed an example (the very 1st in the world) of ants mimicking ants.

Can baby chicken learn the distastefulness of C. inflata?

Researchers knew that they needed to find a visual predator (because of the yellow warning colour) that was naive (i.e. never encountered the mimic or the model before). They decided to test their theory on newly hatched chicks. They fed the chicks with the Camponotus spp., to which they had no problems digesting.

Researchers once again presented the palatable Camponotus spp to the naive chicks. To their excitement, they discovered that the chicks avoided the Camponotus spp.! This was the proof they needed. It was the first confirmed case of different ant species mimicking another ant species.