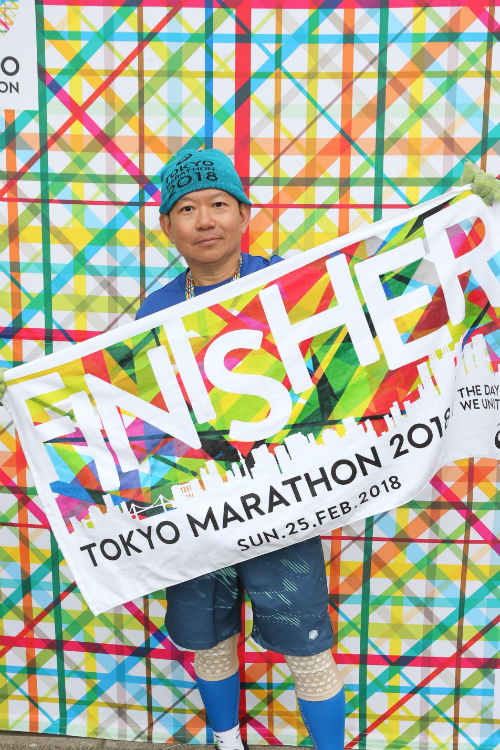 An avid runner who aspires to complete the six Abbott World Marathon Majors, Associate Professor Dr Quek Kia Fatt, from the Jeffrey Cheah School of Medicine and Health Sciences is conquering the running world, one marathon at a time.

The Abbott World Marathon Majors is a series consisting of six largest and the most renowned marathons in the world. The races take place in Tokyo, Boston, London, Berlin, Chicago, and New York City. Recently, he finished the Tokyo marathon in February 2018. Entering the world marathon majors is neither easy nor cheap.

“The minimum amount needed to join the race is RM10,000. Even so, you will still be put on the waiting list,” he shared. However, the challenge to enter the major marathons motivates him to be a six-star finisher. A six-star finisher is a runner who completed all six of the World Marathon Majors. “So once you run and complete these six, you'll get a six-star medal,” he explained.

A runner since young

He was a long distance runner since secondary school. But as he grew older, priorities such as tertiary education and career took over. His passion for running was reignited, 3 years ago when his younger brother insisted he join him for marathons. Since then, he has been running competitively. To date, he has completed nine marathons including two majors in Berlin and Tokyo.

Dr Quek shared that the Berlin marathon was his favourite. “There was never a dull moment, people were there from 9am till 4pm, constantly cheering you on. It was so encouraging as I ran and high-fived their outstretched arms. As my name was written on my running bib, they would also chant my name as I ran past them,” he reminisced.

Currently, he is preparing for two major marathons which will be in Chicago and New York in October 2018 and November 2018 respectively.

“Hopefully next year, I'll get into the London marathon. It won’t be easy, but I’ll try my best. Eventually, I hope to get into the 2020 Boston Marathon, which is the mother of all marathons,” he added.

His dream is to finish his sixth major marathon in Boston. It will definitely be something to celebrate, as he achieves his 6th star medal then.

Dr Quek has completed these marathons: