The Vaccine Saga: There’s a new player in town 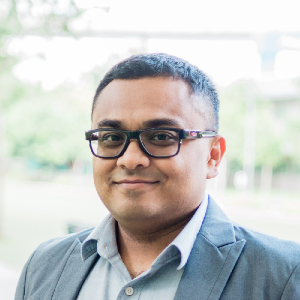 The new COVID-19 double mutant variant is called B.1.617. It was first detected in India and is now the dominant strain in Maharashtra- Mumbai's home state on the western coast. B.1.617 has also been detected in 20 other countries, including the United States.

It is referred to as the double mutant because two mutations have been found in the variant: L452R and E484Q. Though the L452R is about 20 per cent more transmissible, thus far, our vaccines have been able to hold up against the E484Q mutant.

Two worrisome mutations on one variant don't necessarily mean that it is double contagious or double deadly. WHO has declared the B.1.617 a "Variant of Interest" instead of a "Variant of Concern". Basically, we are still learning a lot.

The Covaxin vaccine developed by an Indian pharmaceutical company does work, to some degree, against B.1.617. Unfortunately, Covaxin biotechnology is different from Pfizer, Moderna, J&J, and AstraZeneca vaccines. So, much more research is needed.

On the other hand, we're starting to see a concerning pattern. By December 2020, 271 million people in India were already "naturally" infected. Once B.1.1.7. and B.1.617 gained speed, and the combination of public health mitigations was ignored, India was (and still is) hit with its most enormous surge yet.

We saw the same story in Brazil. The city of Manaus had over 70 per cent of people "naturally" infected. But, once P.1. hit, they had a major surge. Populations that have high "natural" immunity are getting re-infected. It doesn't look like a natural infection will protect us for long.