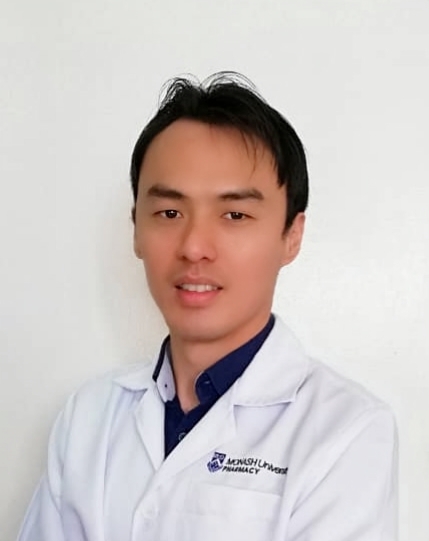 The skin is the first line of defence against pathogen. According to the Global Burden of Disease project, skin diseases continue to be the fourth leading cause of nonfatal disease burden worldwide. Skin and subcutaneous infections remain the most common inflammatory dermatosis treated globally.

The 2017 Global Burden of Disease Study reported that fungal diseases, including Tinea capitis (scalp ringworm), is ranked the highest in prevalence and incidence. Scalp ringworm causes small patches of itchy, scaly skin on the scalp, which often leads to hair loss. The second highest prevalence is dermatitis, which includes atopic dermatitis (eczema), seborrheic dermatitis (dandruff) and contact dermatitis, caused by irritants. Sarcoptes scabiei, a mite known to cause scabies, is the third common cause of skin disease. Scabies causes an itchy, red rash to form on the skin.

The prevalence of skin diseases may vary depending on age, geographic areas and ethnic groups.

"For example, as reported by the 2013 Global Burden of Disease Study, dermatitis related skin diseases are more prevalent in South East Asia as compared to fungal skin diseases. As for certain skin diseases like acne vulgaris, it is more common to have them between the first and third decades of a person's life," stated Dr Goh Bey Hing, Leader of Biofunctional Molecule Exploratory (BMEX) Research Group from the School of Pharmacy, Monash University Malaysia.

Prolonged exposure to steroids causes thinning of the skin, which is known as steroid-induced skin atrophy. Atrophy becomes irreversible when topical corticosteroids are used for an extended period. Topical corticosteroids can also cause other atrophy such as ulceration, easy bruising, bacterial infection and delayed wound healing.

"For systemic adverse effects, topical corticosteroids may cause damage not only to the cutaneous but also to the ocular, endocrine, metabolic, musculoskeletal, immune function and neuropsychiatric. However, these effects can only occur if an adequate amount of drug is in the systemic circulation for a prolonged period," Goh shared.

The effects mentioned above may be the reasons why patients are seeking alternative medicine for skin diseases. A simple 'natural remedies' search on Google will get people reaching towards a jar of honey, turmeric or grinding cinnamon sticks in a mortar and pestle. These ingredients, along with many other natural products, have been acknowledged for their nutritional and healing benefits. They are also known to be quick fixes for simple skin problems such as rashes, pimples, and dry patches on the face.

"In Monash Malaysia, we are delving deep into these remedies to understand better why they are effective. How they are exerting their observable effects and what we could learn and leverage on for the development of future applications," stated Goh.

Honey is known for its many medicinal benefits. It is used as a treatment for atopic dermatitis. A clinical study on patients with atopic dermatitis had reported significant improvement in lesions after the application of Manuka honey for seven consecutive days.

For centuries, tea tree oil has been used as traditional medicine. Tea tree leaves are crushed to extract its oil, which is used to treat coughs and applied on the skin for healing purposes. A 43% reduction in skin lesions was noticed in patients who used tea tree oil during a randomised study that was conducted for six weeks.

"There are several inflammatory skin diseases such as psoriasis, atopic dermatitis, and rosacea. Most skin inflammation starts when a patient scratches and induces mechanical trauma to the skin. The skin then produces inflammatory markers known as cytokines and chemokines. These inflammatory markers then instigate the infiltration and activation of various types of white blood cells in the skin. In cases such as atopic dermatitis, viruses, bacteria, and fungi take advantage of the lack of anti-microbial proteins in the skin and colonise the skin. These invaders themselves also produce inflammatory markers, causing even more white blood cells to infiltrate and be activated in the skin. This amplifies the inflammation on the skin, causing discomfort to the patient who then scratches and induces further mechanical trauma to the skin," Goh explained.

Natural products such as aloe vera have anti-inflammatory and anti-bacterial properties. When tested against microbial growth, aloe vera gel was reported to be able to prevent the growth of several skin bacteria. Another study indicated that aloe vera was able to reduce the redness of the skin after being exposed to UV ray. This suggests that aloe vera could be a potential treatment to reduce the inflammation on the skin and ease the discomfort of patients with inflammatory skin diseases.

In recent years, innovative breakthroughs in bioinformatics, genetic sequencing and analytical equipment such as mass spectrometry, and liquid and gas chromatography have contributed much to the advancement of omics technologies. Omics technologies is a holistic study of the molecules of a specific biological sample in a non-targeted and non-biased fashion. The technology platform of genomics, proteomics and metabolomics are high-throughput technologies.

The BMEX research group, led by Goh, is expanding further the search horizon for potential cosmeceutical bioactive ingredients covering from plants to microbes and algae as a potential source. Part of the initiatives are being supported by the School of Pharmacy and partially funded by the Global Asia in the 21 st century (GA21) Multidisciplinary Platform.