Covid-19 in the tropics 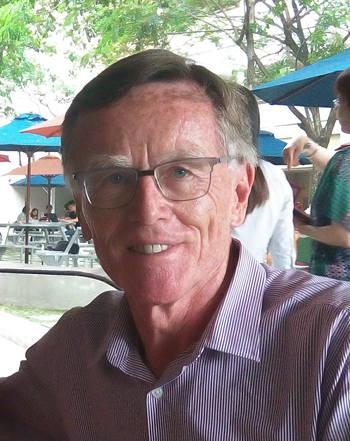 At the time of writing, 8 April 2020, the world looks at Korea, Taiwan, Hong Kong and Singapore for recipes to keep COVID-19 in check. They overlook Thailand, the first country to note an infected visitor from China, but nearly three months later with no more than 0.4 deaths per million inhabitants, a number that must be the envy of all countries in the West where already more than 100 people per 1 million population have died.

Sure, the Thai authorities have taken sensible measures, but not very early. Only in late March, for example, did they close the massage parlours in the tourist areas. But so far, the 15 million inhabitants of the dense capital Bangkok have seen only a very few deaths, much less than in Paris, London, or New York.

It appears that not only are there fewer infections, but the people who test positive for the virus have better chances of surviving. On the Thai resort island of Phuket, a single person has died who had the virus, and he succumbed to a motorcycle accident rather than to the virus. This in spite of the large numbers of tourists who engage in social activities.

A number of Thai citizens working in the entertainment area of Bangla Road in Patong have tested positive, but so far none have passed away.

Researchers at Alpine Macro, an advisory service for professional investors, have noted the extremely strong correlation between average temperatures in March and the death rate due to the virus. COVID-19 is most lethal at average monthly temperatures between 5-11 degrees centigrade. Northern Italy, France, the Netherlands, the UK and much of the US were in that range, and Spain was only very slightly warmer.

Lethality of the virus is ten times less in the tropical heat of Thailand, Malaysia and Singapore.

Further evidence of the link between average monthly temperature and the risk of dying from Covid-19 comes from Australia. So far, Sydney and Melbourne have weathered the virus so much better than the large cities on the Northern hemisphere, and not because Australians are easily commanded to abstain from social activities, but – it must be – because of the Australian summer.

Temperatures in the Northern hemisphere are increasing, and the virus should lose two thirds or three-quarters of its force when the spring brings average temperatures of 15 degrees and more. That is one of the important rays of hope at this time, also because some optimism about the spring and summer will make it easier for people to follow guidelines for social distancing for a few more weeks. The crucial contact tracing that has helped so much in Taiwan, Hong Kong, Korea and Singapore, but also in Malaysia and Thailand, becomes more feasible when the total number of infections declines and more testing kits become available in the West.

The wait for a vaccine or at least a prophylactic medication (perhaps Hydroxychloroquine with azithromycin and zinc) will be more bearable in Europe and the US if the strong correlation between lethality and temperature continues to hold up. And those of us in the tropics can be grateful for a much more protective environment against the virus.