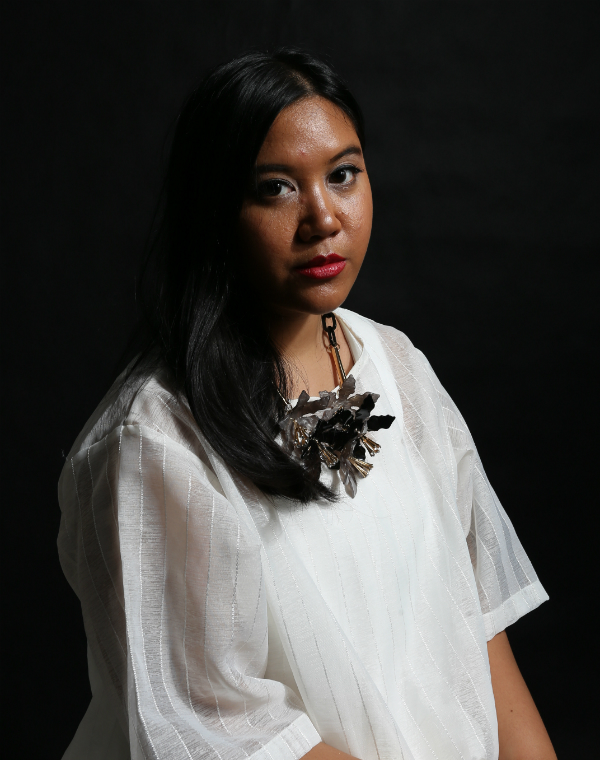 Tell us briefly about your work or role in your current organisation.

In my current role as Program Manager, I manage the British Council’s Arts and Creative Industries programs, which focuses on establishing new connections and maintaining relationships between artists, practitioners and stakeholders in the United Kingdom and Indonesian arts and creative industries.

Our work is based on a Memorandum Of Understanding between the UK and Indonesian governments on cooperation in the creative industries. Through this MoU, we are currently developing and delivering a new flagship program called UK/Indonesia 2016 – 2018, whereby this year (2016) the UK/ID program will include a festival that presents young talent and explore new technologies, through UK-Indonesia collaboration alongside exciting new creativity from the UK. The festival will run from 18 October - 10 December 2016 in Jakarta, Bandung, Yogyakarta, Solo, Surabaya, Ubud and Padang.

In terms of knowledge and skills, it has honed my critical thinking and analysis skills, and with the abundance of opportunities available for me to take on during my study, it has really helped in shaping my personal and professional growth, reassuring me with what I envision as my future career.

I was quite active in existing student organisations such as the Monash Student Association (MUSA), I was the Editor in Chief of the Monash Gazette and was a member of the Indonesian Youth Community. Nearing my graduation from the Sunway campus, I set up the Monash Indonesia Alumni network with several other friends and soon-to-be graduates.

Outside of student organisations I tried to take part in as much opportunities available, including ‘SASS In Search of…’ trips to Siem Reap and Yogyakarta. I also did an exchange program in the Caulfield (Melbourne) campus during my Masters program in order to get a more international experience.

When you were choosing a course and a university did you have a clear picture of your future (and if so what was it)? How did that change (or reconfirmed) during your experience at Monash?

I had done a year in Europe before I figured that wasn’t the pathway I wanted to take – though I enjoyed the course there, I wanted something more academic/research based rather than practical/technical skills. I also wanted to move somewhere slightly closer to Indonesia because my parents were moving back to Indonesia after working abroad.

After the experience in Europe, I was certain with what I wanted for my future career - something which revolved around communications, journalism and international relations.

My experience at Monash gave me confirmation that I was on the right path and to make use of the opportunities, courses, and experiences that the university and student life offered.

Whilst at Monash, did you have any industry exposure/placements? How has it made a difference to your own life or the life of others around you?  Did it consolidate what you have learned from your undergraduate course?

I had several internships and work experiences throughout my time in Monash – ranging from internships at the Ministry of Foreign Affairs in Indonesia, the Van Zorge Report (an economic and political publication in Indonesia) to working at Freeform Sdn Bhd in Kuala Lumpur as a fashion and lifestyle contributor for Tongue in Chic, an online digital platform.

I think these experiences were really crucial in developing my skills in the workplace.  During my work experiences, I often found situations where I could refer to or trace back to what I had learned at Monash – which was very useful and made me more confident in carrying myself within the industry and workplace contexts.

I was recommended to look into Monash due to its international reputation for its Social Sciences programs and its closeness to home. During the time of my application, Monash was also ranked #33 best universities in the world by  Times Higher Education, which of course is very prestigious.

It is definitely the people – everyone from the students, lecturers, to the aunties selling food at the cafeteria. The fact that everyone is so welcoming and warm and managed to create a great environment for new students to ease in easily and feel at home. Monash and Kuala Lumpur certainly made me feel as if it is my second home.