Beyond calls and games: Utilising the full potential of smartphones 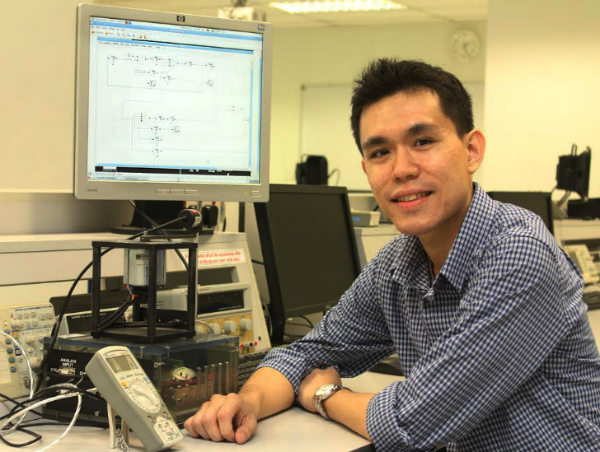 Whenever Mark Ng looks at a smartphone, he sees so much more than just a device for communication and entertainment. Smartphones are essentially “mini computers” and can be used for a range of intelligent engineering and technical applications, said the Electrical and Computer Systems engineer from Monash University Malaysia.

“Smartphones are underrated because they are generally being used for gaming, making calls and sending messages. In actual fact, they are mini computers and have the same processing potential as any ordinary computer,” he said.

Ng, who completed his Honours programme as well as a Ph.D. degree at Monash University Malaysia, is engaged in the research field of Fault Diagnosis as well as designing engineering applications on mobile computing platforms.

“One area I’m particularly interested in is to exploit the fast-evolving smartphone technology to develop a remote control system for data mining and real-time processing, specifically as a first response for natural disasters,” he said.

“When a natural disaster occurs, the first thing we need to do is to ensure that the environment is safe before we send in the search and rescue teams. The existing systems being used are controlled by complicated computers that require trained specialists to operate.”

“But in situations like natural disasters, we can’t afford to wait for the specialists to arrive and there needs to be an urgent and quick response,” said Ng.

As smartphone technology continues to evolve, the devices can take up significantly more processing loads, thus enabling the systems that they control to perform more complicated functions.”

“By using mobile computing technology, we can utilise a smartphone to control a device fitted with sensors and trackers, and begin the first response or data collection at natural disaster sites.”

“Then when the specialists arrive, they can take over to conduct more detailed studies,” he added.

“The faster we can begin the first response efforts, the higher chance we have of reducing casualties in terms of human lives.”

Ng has also been exploring in creating mobile applications for better safety in automotive systems.

“Newer cars have sensors that alert a driver if the car comes too close to the vehicle in front. A mechanism within the car will then automatically apply the brakes should the driver ignores the initial warning deployed. There are also systems where the car will give drivers a warning signal if the vehicle is veering off from its lane,” he said.

Ng and his team are developing a mobile application that will serve as a real-time safety system for drivers on the road, given the fact that cars fitted with the advanced sensors mentioned earlier are still not affordable for many of the general public. Most of the people however, do own a smartphone nowadays and this is where he sees the potential of this mobile application.

By using the camera and other sensors within a smartphone to perform real-time image processing and to intelligently compute the distance of another object in front of the travelling vehicle, the application can sound an alert and warn the driver if the vehicle is getting too close to the object up ahead. The application can also perform real-time lane detection as well to tell if the driver is unintentionally departing from the lane.

“Just mount the phone on the windscreen of the car as you would with a GPS device, open the mobile app, and you’ll have a real-time safety warning system!” he said with much excitement.

Together with his team, they have achieved some very positive preliminary results with tests being carried out on the road and Ng foresees that this project can achieve greater heights with more active research work being done.

“The possibilities of using mobile computing are endless, especially with the smartphone technology evolving as rapidly as it is,” he said.

The downside to this mobile technology is the battery life of the smartphones, which tends to drop very quickly. However, Ng said that researchers and technology companies worldwide are already finding ways to create longer lasting batteries and he believes that the smartphone industry will benefit from this in the very near future.

Ng, who teaches 1st year Electrical Systems and 3rd year Electronic Systems and Control at the School of Engineering, said the potential of utilising smartphones to control a growing number of engineering systems is still largely untapped. He said many of his students have shown keen interest in pursuing this area of research.

“The key benefits to mobile computing are cost and convenience,” he said.

“The smartphone can be an economical alternative to the more expensive and complicated systems in the market, and make these once hard-to-reach systems and applications accessible to more people.”

Ng is currently taking a break from his teaching duties for one year to continue his research in Fault Diagnosis at Linköping University in Sweden, where he is working on a project with Volvo Car Corporations.