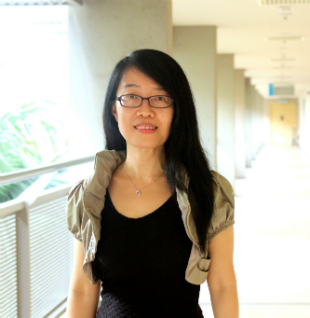 Drug abuse is a complex issue and has been a serious public health problem in Malaysia. Illicit substance use and drug relapse is an issue that continues to plague societies worldwide.

The number of registered drug users is about 250,000 in a 2008 report, and is expected to reach half a million by 2015. There is also a worrying trend of high relapse rate of 50%, which has been consistently seen in the past decades. From January to September 2012, it was reported that there was a reduction in the number of new and repeated drug cases in Malaysia of 4053 and 2882 respectively (National Anti-Drug Agency, 2012).

Malaysia is unlike other parts of the world where drug abuse is attributed to mostly family factors such as parental behavior, family relationships, home atmosphere and economic standing.

“Research shows that the social pressure to belong, to be accepted, and to be part of a social group, especially in teenagers, prompts them to conform to their peer group, and start trying out drugs. That’s how it usually begins,” Dr Tam explained.

Studying the impact of group identity on the use of tobacco, alcohol and marijuana among teenagers, it is found that teens in pop, techno, skate/hip-hop, and hippie groups were more likely to use substance, compared to those in the quiet, sporty, religious, computer groups. Other reasons include trying drugs out of curiosity, using drugs as means of rebellion, and as an expression of dissatisfaction with traditional norms and values.

The tendency of using drugs as a coping mechanism against stress is increasing as well with the rise of drug users among professional groups in Malaysia. For example, college and university students often get involved in drugs due to peer and academic pressures.

In Malaysia, opiates are the most commonly abused drugs, followed closely by cannabis and amphetamine-based stimulants, such as Adderall – a drug used to treat patients diagnosed with attention-deficit hyperactive disorder (ADHD).

Identified drug abusers are sent for compulsory rehabilitation and treatment programs for two years, as mandated by the Malaysian law. According to Malaysian Psychiatric Association, treatment programs cost the government approximately RM3,000 per month for each addict, which translates to a staggering RM300 million annually.

Efforts can be made to minimise the negative effects of peer influence. Dr. Tam highlighted that the government or schools can establish compulsory courses for students to educate them on the negative consequences of drugs and substance abuse. Information-seeking and sharing practices among youths will also help the Education Ministry, NADA and NGOs reach out to wider audiences and disseminate information more effectively.

“Curiosity can be beneficial if used in the right setting, like in education. Everybody should be made aware of the possible impacts of drug addiction, so that their curiosity can be nipped in the bud before it ruins their lives. Holding public awareness programs is a good start to eliminate, if not decrease drug abuse,” Dr. Tam said.

Dr. Tam hoped that through this approach, a more effective and targeted public re-education can be achieved in line with efforts to eradicate drug abuse as a public health issue.